Dr. Haylea Hannah and a research team looked drug overdose cases to determine what substances were in the patient’s systems that caused their death.

The team studied over 2000 overdose deaths that occurred in Marin County, California.  They studied the toxicology reports to determine what drugs had been ingested that lead to the patient’s death.

The following substances were present on the toxicology samples of the patients who died:

Opioids (narcotics) were present in 76% of the deaths.

Alcohol was identified in 44% of the patients.

Methamphetamine was present in 74%.

The average individual who died of overdose had 6 different drugs in their system. 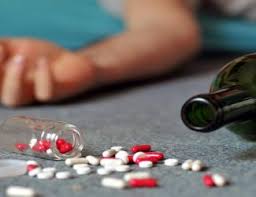