There are many different psychological diagnoses and syndromes.  Here are some of the rarest:

Alien Hand Syndrome, also called Dr. Strangelove syndrome:  A condition where a person’s hand acts on its own, without the person’s control over it’s actions.  This most commonly affects the left hand.  The affected person may grab objects without wanting to, and have to restrain their own hand.

Boanthropy:  Delusional order where a person believes they are a cow.  This may also be induced by hypnosis.

Small Penis Syndrome:  This is the anxiety of thinking one’s penis is too small, even when it isn’t.  (This is different than the condition of actually having a very small penis, a condition called Micropenis).

Foreign Accent Syndrome:  There are multiple case reports where a person has a brain injury or surgery then begins speaking in a foreign accent.  One example is a British woman who had brain surgery, then woke up speaking in a Chinese accent. 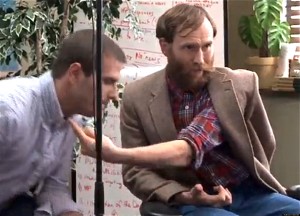