Skip to content
Even thought they may seem much longer, most dreams only last 5-20 minutes.

Dreams occur mostly during a phase of sleep called Rapid Eye Movement (REM), which is a period of sleep with very high brain activity, and is almost like being awake.  REM phases get longer during the night, so our dreams get longer as the night progresses.

The average person has 7 different dreams per night.
Most people forget 90-95% of their dreams.
12% of people only dream in black and white.
People who were born blind have dreams but without the sense of sight.  People who became blind later in life still have dreams with visual perceptions.
Scientific studies have shown that animals have REM phases and have dreams.
There is a practice called “lucid dreaming”, where people learn to control their dreams, and even use dreams to problem solve (https://www.scientificamerican.com/article/how-to-control-dreams/). 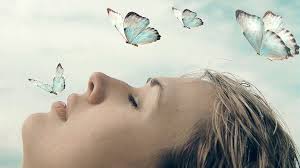