There are 5.5 million patients in the United States who have Alzheimer’s Disease.  The United States spends $259 Billion on health care for those patients currently, and drug companies are spending a fortune trying to find a treatment.

Current treatments have not shown significant response, though some medications offer some help for those afflicted.
Are there ways you can PREVENT Alzheimer’s disease?  There is a genetic component to the disease, but some measures have been shown effective at preventing Alzheimer’s dementia:
1.  Studies have shown that people who pursue intellectual activities such as reading, playing board games, puzzles, learning a second language, or playing musical instruments have reduced risk of Alzheimer’s Disease.
2.  Increased social interaction reduces Alzheimer’s risk.
4.  Moderate red wine use is associated with lower risk of Alzheimer’s.
3.  Increased physical activity has been shown to decrease the rate of Alzheimer’s dementia.
One study in particular is fascinating!  A study by researcher Peter Elwood at the Cochrane Institute of Primary Care studied 2,235 men age 45-59, and followed them for 30 years.
They found that those patients who did a few things reduced their risk of dementia by 60%!  This included eating a diet high in fruits and vegetables, maintaining a body mass index from 18-25, not smoking, and walking 2 miles a day.
If there was a drug on the market that we knew would reduce our risk of Alzheimer’s by 60%, we would all pay a lot of money to take it! 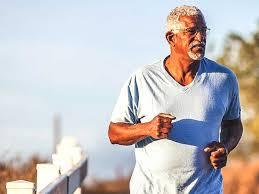