A study recently released found that adults who own a dog are 400% more likely to get the recommended amount of weekly exercise than non-dog owners!

The survey looked at 385 families.  The family members agreed to wear a step tracker for a week.

The dog owners were found to perform at least 150 minutes of moderate to vigorous exercise per week, which is the amount recommended by physical activity guidelines.  Both adults and children in the families with dogs were found to have higher exercise levels.

One interesting note, is that this study was performed in England, where many houses have small or no yards compared to the United States.  In the United States studies have not shown such a big difference, because dog owners can simply put their dog out into the backyard. 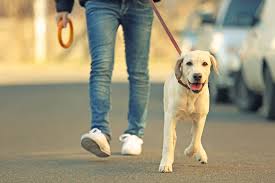