There is a medical condition called Takotsubo Cardiomyopathy, which is a heart attack caused by acute stress. Also called Broken Heart Syndrome, it occurs during an episode of intense emotional stress and can actually lead to heart failure.

The cause is thought to be from a massive release of adrenaline during emotional trauma, that leads to spasm of the coronary arteries, resulting in angina.

When a patient has this syndrome, the EKG will show a heart attack, and blood work may also indicate heart damage. However when taken for a special heart test called a coronary angiogram, the arteries are not clogged like a usual heart attack.

Broken Heart Syndrome can be treated successfully with medications to control the spasm of the coronary arteries. 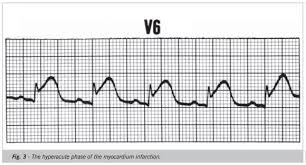