In a human’s lifetime, they spend 5 years total time eating!  In a lifetime, a human eats 7,000 times their weight in food.

There is a 20 minutes delay from when you start eating to feeling full.

Feeling “full” is a function of the brain, and not the stomach. It is the result of the brain reacting to chemicals released when food or drink is placed in the stomach.

On average, the food we eat stays in our intestines from 18 hours to 2 days.

During a lifetime, the average human’s intestine will handle 50 tons of food and liquid.

Gas is produced by bacteria in the intestine.  We have 500 types of bacteria that live in our intestines.   As the bacteria break down the food, the bacteria release gas. The sulphur-containing gas they release is what causes the smell of farts.

Farts are flammable because of the gases released! 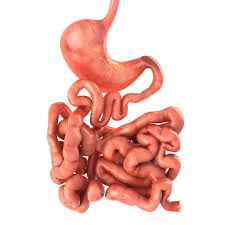