You can make it from scratch!  (That is a little Poison Ivy joke.   Get it?  Scratch?) 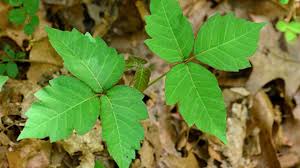