Fitness trackers have become very popular, but do they help us become more fit?

A recent study did not show that they are helping with weight loss.  The study looked at 470 people.  Half of the group self-reported their diet and exercise, and the other half were given a fitness tracker.   Both groups were counseled on diet and exercise.

The researchers believe that the difference may have happened because when people look at their fitness tracker and see how much they walked, they feel like they could eat more.  It was also thought that if people did not meet their fitness goal set on the tracker, they felt discouraged and overate.

A separate study showed that fitness trackers could successfully replace counseling in a weight loss program.  However another study found that users get bored with their trackers and got rid of them. 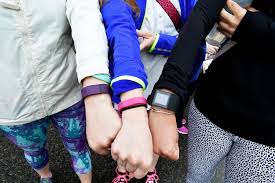