Everyone is scared of sharks, but did you know that sharks are only the 12th most likely living creature to kill you! 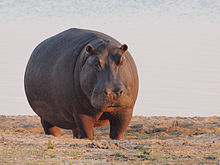